The etymological roots of the word bullying can be traced back to the 16th century, where “my bully” used to mean “my dear”, “my beloved one”, stemming from the Dutch boele. A century later it appeared for first time in its current sense, but it was not until the 20th century when the word took on the scholarly definitions used today. As a verb to bully means: to intimidate, to frighten, to domineer, among others. 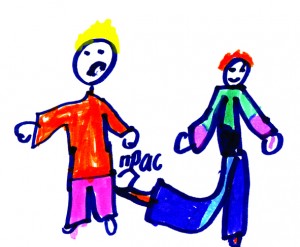 The bully is a person who uses his/her strength or power to frighten or hurt weaker people (Oxford Advanced Learners Dictionary, 2016). Prof. Dr. Dan Olweus, a research professor of psychology in Norway is considered the pioneer on the topic of bullying drawing on almost 40 years of research, implementation and evaluation of prevention programmes (Hazelden Foundation, 2016).

His definition states: “A student is being bullied or victimized when he or she is exposed, repeatedly and over time, to negative actions on the part of one or more students…. It is a negative action when someone intentionally inflicts, or attempts to inflict, injury or discomfort upon another person, through physical contact, through words or in other ways.” (Olweus, 1993) Bullying is one of the most subtle forms of aggressive behaviour and violence. Nevertheless, not every act of violence is bullying.

The most characteristic feature of bullying is the asymmetric and imbalanced power relationship among those who bully and those who are bullied. Further, it is no occasional or one-off occurrence, but a pattern of behaviour repeated over time against the same person with a noted power differential. Through diverse bullying acts the stronger student(s) systematically, purposefully and ruthlessly aims to hurt, damage, or intimidate the weaker one.

Bullying is not simply teasing. Contrary to the wide-spread myths about the victim’s self-help, the bullied cannot defend themselves by one’s own effort.

The bullying does not stop on its own without intervention from outside (Gugel, 2014).

 emotional/psychological: intentionally excluding someone from a group or activity, manipulating, bring into ridicule.

Ken Rigby is another renowned bullying researcher, a former teacher, psychologist and academic, who has worked on the topic for more than 25 years. In his vast studies and publications he throws light on the dynamic nature of the bullying phenomenon. Bullying involves: “A desire to hurt + hurtful action + power imbalance + (typically) repetition + unjust use of power + evident enjoyment by the aggressor + sense of being oppressed on the part of the victim” (Rigby, 2002).

Quickly advancing over the last decade, cyber communication has become a vital means for children and young people to express themselves, a platform for virtual encounters and social relations by ‘digital natives’. However, cyber communication spaces carry multiple risks for bullying. Cyber bullying denotes the use of electronic media (Internet, smart phones, e-mails, Facebook and social networks, chat/text message programmes, eg, WhatsApp, video, photo platforms and websites ) to cause damage to another person. These might encompass intimidation messages, insults, sexual harassment, or bringing shame, and ridiculing. In contrast to traditional bullying, a common feature of these is the frequent anonymity of the cyber bullies. Cyber grooming is another digital-time phenomenon with a worrisome spread and consequences – using the Internet for initiation of (virtual) contacts, sexual harassment and eventually sexual abuse of children and young people (Unabhängiger Beauftragter für Fragen des sexuellen Kindesmissbrauchs, 2015). Several further phenomena such as cyber-sexism, cyber-misogyny and sexting (Council of Europe, 2013) have a great deal in common – they all rest on deeply rooted gender stereotypes. Generally concentrated around the view that in particular social and cultural contexts, ideas about what women (girls) and men (boys) are or have to be like, stereotypes can be at the same time rigidly prescriptive. They become problematic when used as a vehicle to discriminate against other people on grounds of their gender (ibid.). In such terms gender stereotyping, being wide spread in education systems, contributes to an increase in the power imbalance between girls and boys, providing pretext and justifying bullying at school. When unchallenged rigid gender role descriptions and negative stereotypes can trigger gender-based bullying and inequality.

Who is involved in bullying?
The bullying situation seldom involves only two interacting parties, traditionally defined as bully and victim. It is usually a group situation, involving more than two participants in different roles, which reflects the underlying dynamic of status and power relations in the group. In some role definitions the bullying pattern is presented as a triangle or even rectangle, involving bully, bully’s assistants (also referred to as followers), victim, bystanders and possibly defender(s), who actively support the victim, taking a clear stand and opposing the bully (BPB, 2016). According to Olweus and other scientists a whole range of protagonists are involved in a typical “bullying circle” (Olweus, 2001). Important to note is that the distribution of roles is not static, the roles can dynamically change among the interacting students.

The origin of bullying behavior

Anybody can be bullied; no direct correlation exists among physical appearance, personality characteristics and risk exposure to bullying. The victims should have no responsibility or guilt for the situation they are involved in and cannot be blamed for it. How can we recognise that a child is being bullied or is involved in bullying as a perpetrator? A special checklist with indications and symptoms (part 5) can help you identify that. Bullying is, first of all, a pattern of communication and social interaction, coming at a very high price for both parties. Children, who bully other children, usually suffer from insecurity, fear and internal impairments, which are not adequately addressed in their families (LISTEN!, 2016). The emotional environment at home is referred to by many authors as an important factor for both becoming a bully or a victim. Thus lack of warmth between the parents or between parents and children, the use of any (but especially physical) violence and abuse within the family combined with the lack of clear and reliable child guidance rules can catalyse the adoption of bullying behaviour. In turn Olweus (1993) asserted that over-protective parents can increase risks to bullying exposure for their children, who become bullying victims more often than their peers. In his victims’ profiles Olweus outlined some intrapersonal and interpersonal characteristics associated with increased likelihood to suffer from bullying eg, timidity, insecurity, passiveness, lower self-esteem, lack of friends (Pregrad, 2015). Generally, being different than most peers eg, due to ethnic background, faith, gender identity, sexual orientation, can lead to an increased victimisation risk. Also, children with special educational needs, physical disability or learning difficulties, can be at particular risk of being bullied. The most common characters of children inclined to bully others (Olweus, 1993, Taglieber, 2008, Pregrad, 2015 etc.) are: a need for a high power status, a strong desire to control and dominate, to be impulsive, a lack of empathy, to seek recognition of their own trend-setter status, to enjoy the sight of the oppressed victim (Rigby, 2002). Often both the bullies and the victims have similar internal landscapes. Some children put on “bully armour” in order to disguise their weakness and to avoid becoming victims. The mask of a bully is a shield that hides their vulnerable inside. Most perpetrators of crimes against persons have been victims of violence in their childhood (LISTEN!, 2016).

Bullying is always a process over time growing a power imbalance with varying frequency and intensity.

Phase 2: The establishing of bullying (the exploration phase)

Phase 3: The escalation (the consolidation phase)

Phase 4: The exclusion (the manifestation phase)

What are the consequences of bullying?

Many researchers have shed light on the short and long term negative impact of bullying affecting both victims and bullies. Sanders et al. (2004) provided an extensive review on the multifaceted consequences of bullying: peer rejection (Deater- Deckard, 2001), delinquent behaviour (Rigby & Cox, 1996), criminality (Eronet al., 1987), psychological disturbance (Kumpulainen, Räsänen, & Henttonen, 1999), further violence in the school (Galinsky & Salmond, 2002). Children who act as bullies are exposed to higher risks of antisocial and delinquent behaviour as adolescents and young people and engagement in criminal offence as adults (Olweus, 1992). Depression is considered to be the most common mental health problem as a consequence of bullying (Kaltiala-Heinoet al., 1999). Bullied children are deprived, unhappy, and suffer impairments of their self-esteem and self-confidence. They often feel anxious, ashamed, and even guilty for what happened to them. At school they are usually an outsider without any friends, lonely and abandoned (Olweus, 1993). Their friendship relations are often disrupted due to an increased fear to trust their peers. The negative consequences affect not only their emotional and mental health, but their academic achievements too and can decrease their motivation to go to school and to learn. 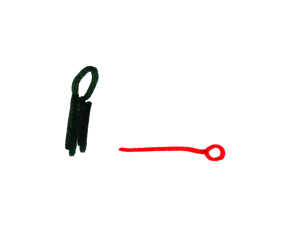 Incorrect beliefs and misconceptions about violence, bullying and victimisation are common and wide-spread. They often impair adults’ sensitive and neutral judgment in situations of bullying, preventing them from timely detection of signs of bullying and an adequate response. A range of myths (eg, “Bullying isn‘t serious. It’s just a matter of kids being kids”, Highmark Foundation, 2015) downplays the reality of bullying at school. We encourage you as teachers and education professionals to continuously reflect on your perceptions and biases in order to improve your judgments. In part 4 we offer you ideas on how to discuss, reflect and dispel some myths about bullying together with your students.

What is an effective response to bullying at school?

That bullying happens in every school is ubiquitous, no matter what the type of bullying behaviour or the scale of the phenomenon is, what matters and differs significantly among schools is how they address it in daily practice. In order to design or build a successful response to bullying, it is helpful to focus, reflect and discuss the understanding and attitudes towards bullying in your school. Doing that together with colleagues, your school management team, students and parents will ensure united efforts for a real collaborative school approach. This approach allows for multi-perspective views and commitment, taking stock of the needs and resources of each of the committed groups. Given this, our manual makes a case for a whole-school approach in tacking bullying.